Originally, cryptanalysis was the study of methods and techniques, to extract information from encrypted texts. Today one speaks analysis to break encryption or to prove or quantify its security.

Autocorrelation can be better explained by examples. It can be calculated manually, of course.

First, the string to be examined is written down in a line. Then below it the shifted string is written. Now the matches are counted. For each shift this would have to be done, so that a diagram like the one below can be created.

Shift with only one character #

Example with the string “aaaaaaaa” (10 times the letter a).

Graphically, this would look like this with many shifts: 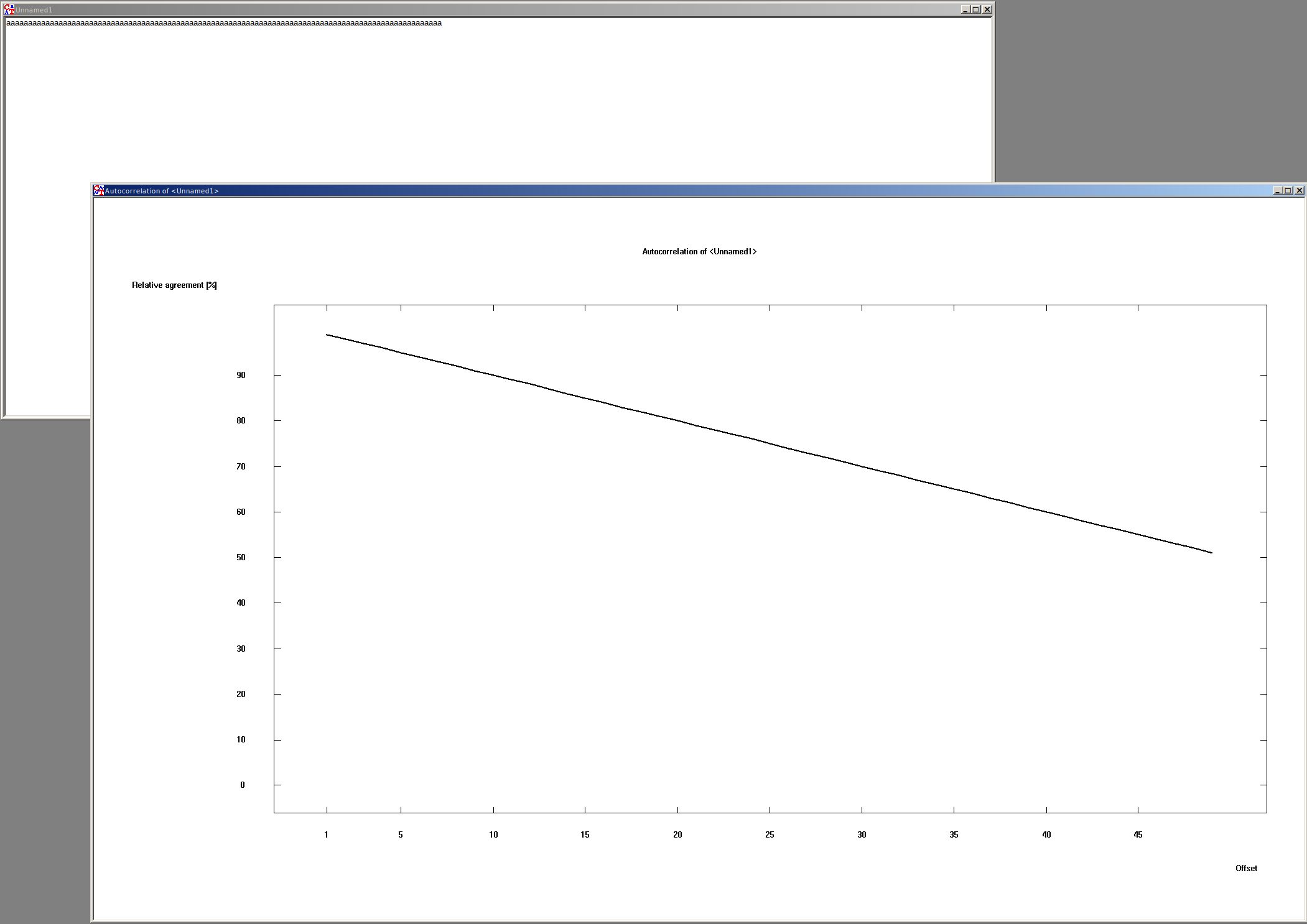 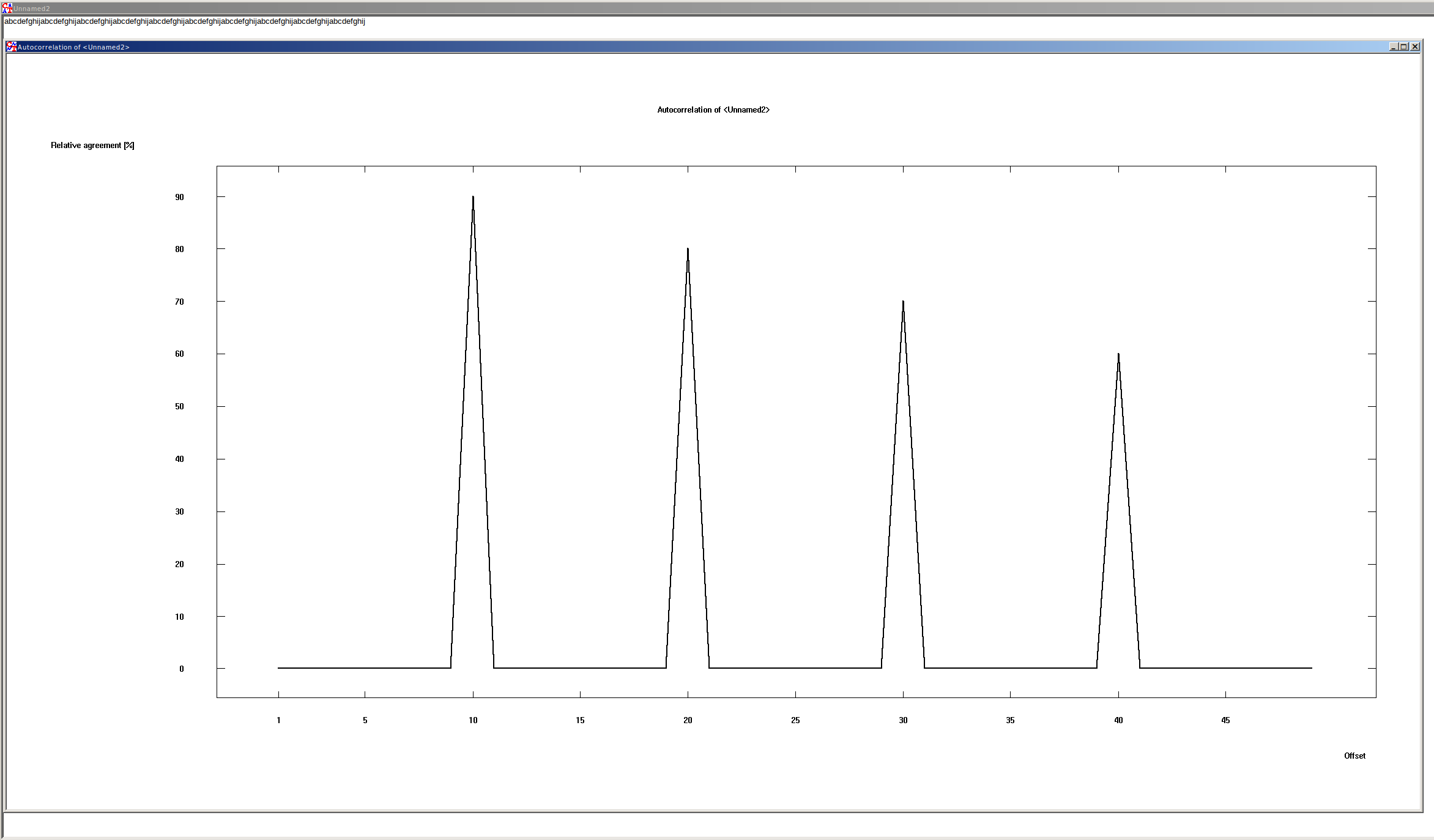 There are a couple of interesting things in the graph.

The peaks show the highest match in each case, first at 10. This is because the string is 10 characters long and then repeats itself.

The peaks get smaller and smaller each time. This is because the text is shifted by itself. So with each shift characters are pushed out and there must then be fewer and fewer matches.

Shifting of German and English texts #

The shift by one character is interesting. Here you can see that the match is very small. The reason lies in the character distribution of the written languages. In the German and English language character doubles are rather rare. But exactly these are needed, so that it comes to a match.

Furthermore, it is to be seen that the agreement of the text with each shift > 1 is about 7.6 %. This value can be used to recognize plaintexts by machine.

There are 26 different characters in this text. The probability is 1/26, or 3.8 %. This can also be seen in the graphic: